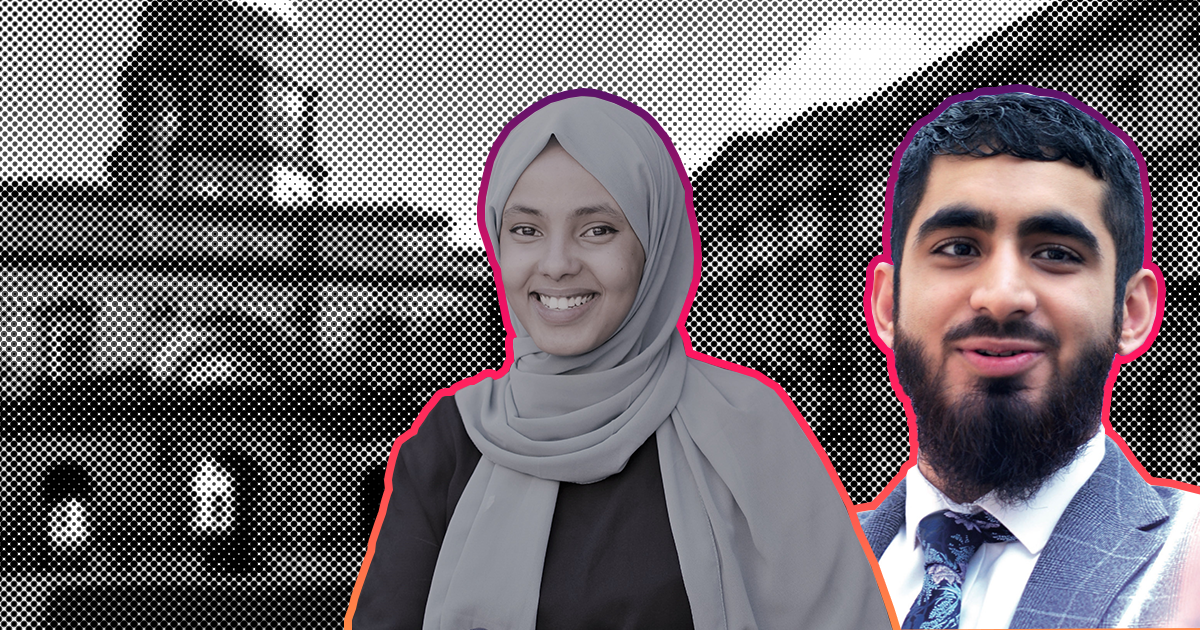 Muslims “choose between faith and education” under student loan scheme

Asha was on the verge of leaving college, armed with three strong A-Levels and the ambition to go to medical school. But there was a problem. “I remember in 2013 talking to my chemistry teacher and literally holding back my tears as I tried to explain to him why I couldn’t go to college that year,” she tells me. Asha is one of the many young Muslims who have decided not to take out a student loan because of their religious ideals.

In Islam, paying interest – or riba – is not allowed, leaving many Muslim students with only three uncomfortable options: go to college despite deeply held religious beliefs, find some way or other money to self-finance £ 92,500 per year for tuition and living expenses, or not to go to college at all.

It is no wonder that according to the Muslim census, 10,000 Muslim students either withdraw from college or self-fund their tuition fees each year due to a lack of alternative student funding.

In 2013, then Prime Minister David Cameron said: “A Muslim in Britain should never feel unable to go to college again because they can’t get a student loan just because of their religion. He appeared to be committed to making room in the student funding system to accommodate Muslim students, but since then very little progress has been made.

With a review of the student finance system scheduled for the coming months, The Tab spoke to three Muslim students whose lives have been significantly affected by the current student loan system.

“College was never something I could really do. It made me feel hopeless’

Umayr dreamed of going to Oxford and was encouraged by teachers in his sixth year at Whitechapel to apply for an Arabic course at the university. He certainly had the grades to support this ambition, but while his peers reveled in success in securing offerings from Russell Group universities, the reality set at that university was not an option for him.

Umayr did not want to take out a student loan and certainly could not find the money to self-finance his tuition fees. “I made the decision early on that college was never something I could do,” Umayr tells me. “I didn’t know what I had in store for the following year. It made me feel hopeless, excluded and frustrated.

“If you can’t use the student loan for religious reasons, you just can’t go to college. It was something that was difficult for me at the time.

Hana was also successful academically and, like Umayr, was never going to take out a student loan. That’s why she dropped out of college. Hana didn’t see the point. “When I started [at college], in the first 12 months, they started talking about university and UCAS.

“I was doing business psychology and applied science. As soon as they started talking about college, I started educating myself and realized there was no way I could afford it. The loan just wasn’t an option, ”she says.

Hana’s parents weren’t too fussed, as long as she kept busy, but the pressure from other family members was intense. From their point of view, Hana was wasting her education needlessly, when she should instead give up her religious tenets and take out the loan. “There was a lot of reaction from others. They just didn’t understand. I literally felt like I had to choose between my studies and my religion, ”says Hana.

The Muslim census found that four in five Muslim students who take out the student loan feel they have compromised their faith. One of Hana’s friends took out a loan to do a PGCE qualification. “She regrets it a lot. It affected her mental health, ”Hana tells me.

Hana didn’t immediately give up on the idea of ​​college. She began an apprenticeship in a nursery, supplementing her income with 15 hours of work at Primark on weekends. Hana dreamed of going to college and was committed to saving money until it was possible. Reflecting on this time in her life, she says: “I think it was very childish of me to think that I could save over £ 27,000 in such a short time.

Hana began a level four and five degree in education, the equivalent of two years in college. Now she has been able to enter her third year and is working alongside her studies to fund it.

Umayr also looked at alternatives to university education, eventually getting an apprenticeship in software engineering with BT. The apprenticeship is sponsored and involves Umayr alongside his studies. “I have found it very enjoyable to work in the tech industry for a large company like BT,” he tells me. “I was one of the lucky ones. “

“I went through a very difficult period” 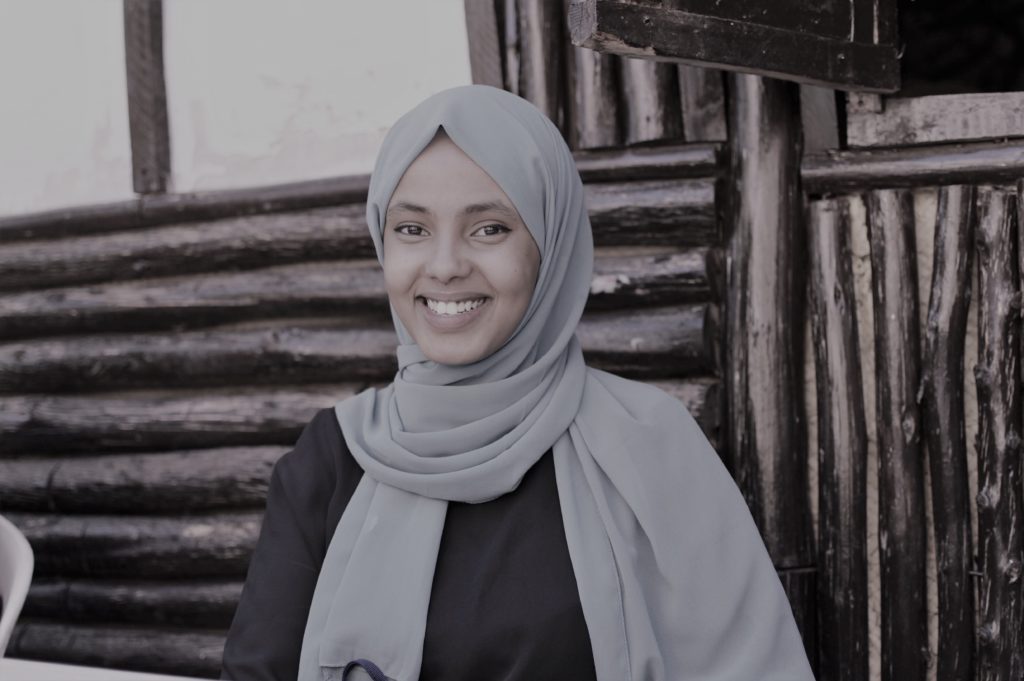 As Hana and Umayr looked for different paths, Asha refused to give up on her dream of going to medical school. Encouraged by David Cameron’s commitment to changing the tuition fee system, Asha entered the University of Exeter in 2014, postponing her place for two years.

When she started medical school there was still no alternative funding for students, so Asha started working nights as a caregiver (36 hours per week) in addition to her medical degree at full-time. Fortunately, within months of starting her freshman year, she won a £ 5,000 scholarship. But she still had to work on the side to finance her studies. “It was really tough, but I figured if I succeed this year, the government will have made it available next year,” Asha tells me.

The uncertainty continued into his second year, but luckily an additional £ 8,000 of his fees were waived. Again, it relieved the pressure, but Asha knew it was a short-term fix. She continued to work and work, stress and exhaustion inevitably taking its toll on her. Asha didn’t have time to return home and see her family and felt stuck in a cycle of staying awake for days or not being able to get out of bed.

“I went through a very difficult time,” she said. “I avoided people in general. I didn’t hang out with people because I didn’t have the energy or the time. And I would feel really guilty about that too.

A review of student finances is expected to be released later this month. Hana, Umayr and Asha hope for a change 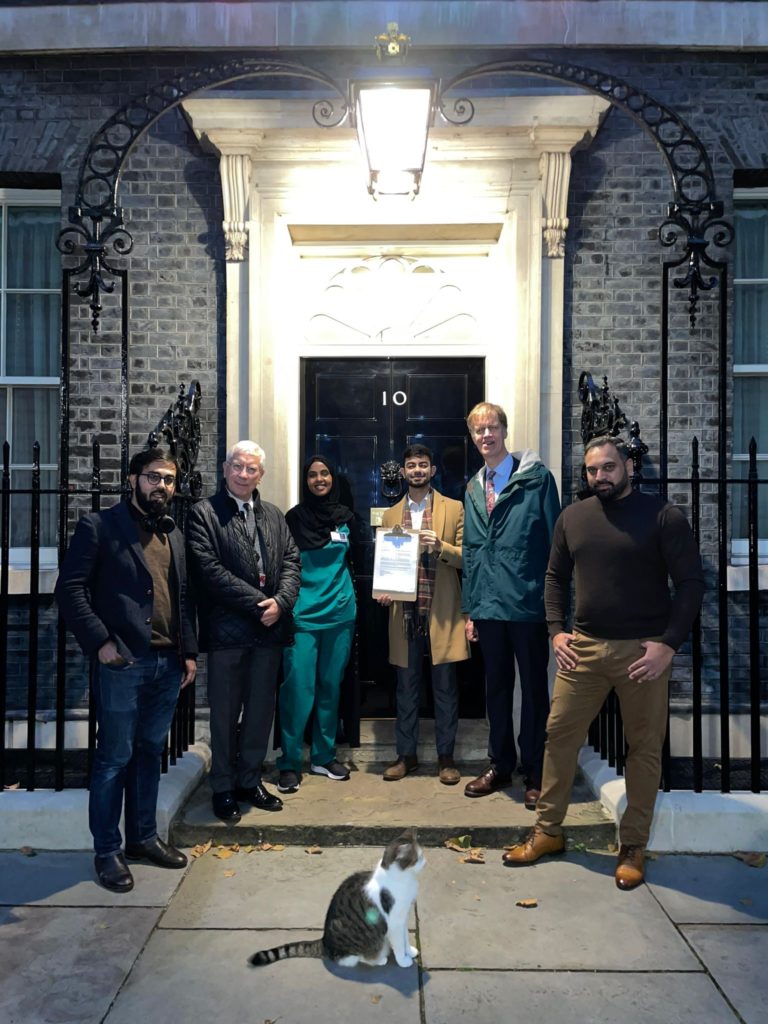 Asha with other activists for change

Asha believed that if you worked hard you had the right to an education. She has since changed her mind. “I realized that no matter how hard you work, you are not entitled to it. You have to make your peace with it and try to do whatever you can, ”she said.

After her sophomore year, she took a hiatus, got another scholarship for her fourth year, and is currently on leave before her final year. But someone as hard-working as Asha never really takes time off. She has spent her free time campaigning for changes to the student loan system and is starting to see progress, eight years after David Cameron promised changes.

Asha’s campaign has now garnered support in parliament, with MP Stephen Timms and Lord John Sharkey supporting his fight for change. They are calling for alternative funding for Muslim students to be provided as part of the government’s review of the student loan system, known as the Augur report. It is expected to be released in November, but Universities Minister Michelle Donelan seems reluctant to set a date. Umayr, Hana and Asha all hope that whatever the outcome, prospective Muslim students will not be forced to choose between their faith and their education.

Related stories recommended by this writer:

• “It was exhausting”: this is what Freshers’ Week looks like according to autistic students

• The clubs are back, but the increase in drinks is too. Here are your stories

• “I was taking a dark path”: young people on the fight against gambling addiction